Which boxer are you?

I use to like to watch boxing. I was always amazed at the abuse they took and the dedication it took to be able to handle all that abuse to their bodies. I was also amazed at the amount of training they went through and how that just the training itself would put their bodies to the test.

When you think of boxing you could probably think of a few names of boxers that you may know or have heard of even if you didn’t like boxing. I automatically think of Muhammad Ali, Sugar Ray Leonard, Joe Lewis, George Foreman, maybe Rocky Marciano, Roy Jones JR, Floyd Mayweather and of coarse Mike Tyson and many more. I’m sure you could think of a few as well.

When I was a younger man I liked to watch Mike Tyson fight. He was a very strong and aggressive fighter that was known for his ferocious knockout power that could end a fight quickly. A few of us would pitch in money just to get the pay per views and we would have a watch party with as many people as we could get over. It was a fun time when Mike was in his early years. The only problems came when the main event finally came and you might walk into the kitchen for some food and drinks and come back and the fight would already be over. We almost felt like we wasted our money just to have many of his fights to end in the 1st or 2nd round but that’s sometimes what happens in that particular sport.

When I think about boxers I think about 2 types of fighters. Both would be great athletes for the most part but there are basically 2 categories in my mind.

1) The knockout artist. This is the one that has a lot of punching power usually. He may be the one that has a huge uppercut that might take your head off. He will basically come out and try and end the fight quickly by hitting you with one big haymaker. He may be one that is very aggressive in the beginning rounds in order to bully one into dropping his guard and then laying him out. He may not always have the best agility and footwork and may not even have the best stamina because he has the hopes of ending it quickly. Not all may have limited abilities or skills but often times these fighters might be somewhat one dimensional.

2) The all around fighter. This is the fighter that has a huge arsenal of ammunition. He may be one that has a fantastic jab and hook. He may be fast with heavy hands and throws a bunch of great combos and counter punches. He may have a strong chin and never intimidated. He might have impeccable stamina and agility. He might even have the ability to switch from traditional to southpaw without even trying. This could be one that could change his fight plan or style during the fight just to throw his opponent off his plan. This fighter might have an uncanny desire to win that allows him to take all his opponents the distance just to win a decision.

Both fighters are great athletes and very talented otherwise they wouldn’t be in the ring. One depends on one ability that he may be extremely good at in order to win his fight whereas the other has a full tool box of tools that he can use at any time. He may not be great at one particular ability but he may have many that he is really good at that he can use at his disposal to wear down his opponent.

Which one are you? 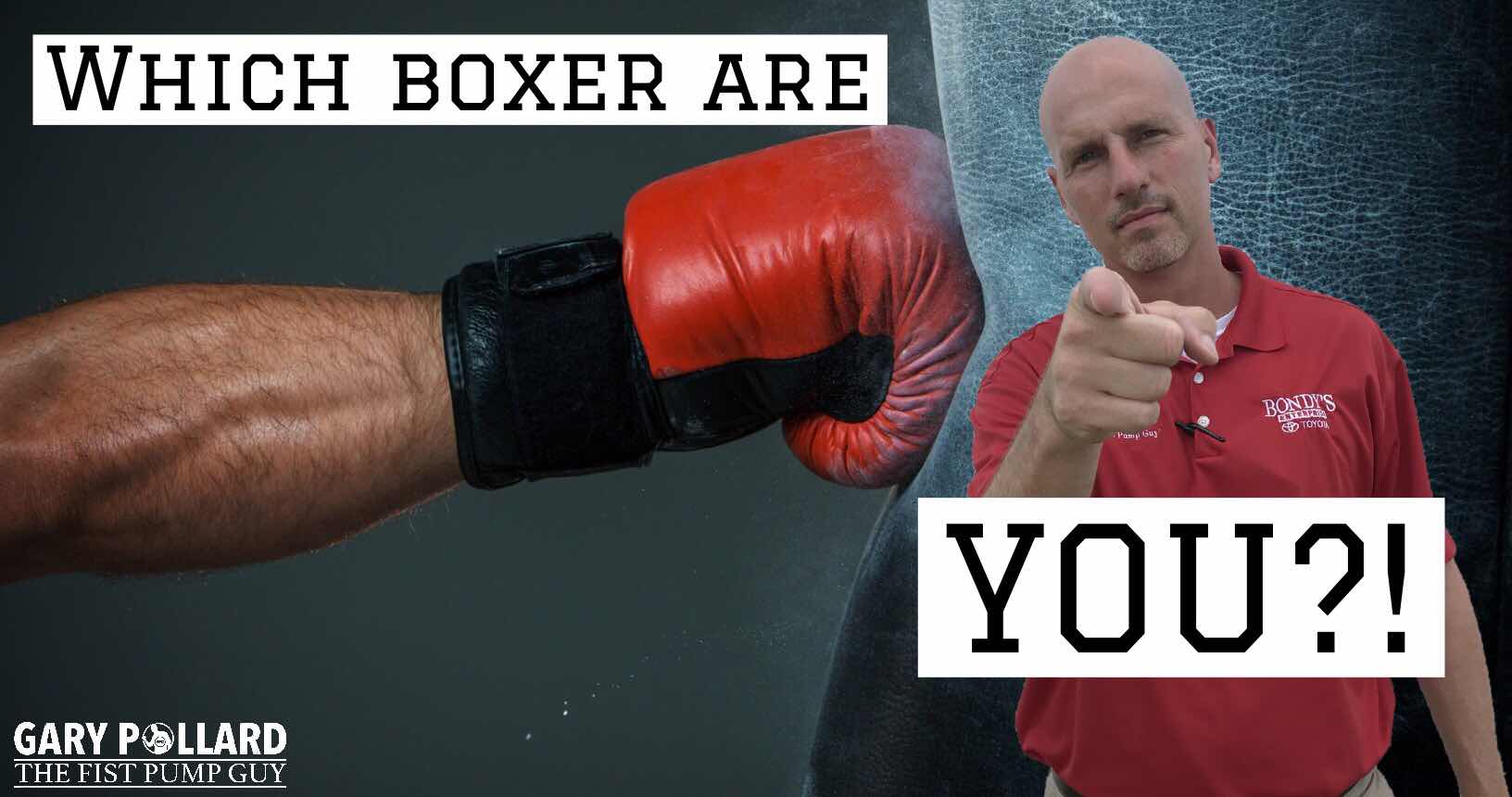 What do I mean?

Well, look at your life and look at your profession. Do you resemble fighter #1 and are possibly one dimensional? Do you only have one skill or ability that you are somewhat good at that you usually rely on heavily? Do you only depend on that one ability so heavily that when a problem or an unforeseen situation arises you can’t handle it? Are you so dependent on that one skill that when you can’t use it then you are very uncomfortable? Do you have problems making it out of the 2nd or 3rd round and never able to go the distance?

Are you like fighter #2? Are you pretty good at a few or many different skills? Do you have an overflowing tool box or an ammo box that is full of useful ammunition? Do you have enough ammunition that you can adjust to any situation on the fly and take it the distance? Are you able to outlast your competition simply by making them go further in the fight than they are able because your stamina and endurance is top notch?

Having a few abilities that your good at is better than only having on that you may be great at. The reason I say that is because if you only have one then chances are you are only able to use that one skill in every situation when every situation may not call for your one skill. When something changes or a problem arises then you may not be able to overcome it because you are one dimensional. However, having a few things that you’re really good at and being well rounded can help you whenever things change unexpectedly. When your unforeseen circumstances come up then you’re able to adapt and adjust without even thinking about it. You would have the uncanny ability to switch from traditional to southpaw without even knowing you did so just because the situation called for it.

Take a look at what you’re good at and see how you can add to your toolbox. Become good at a few things instead of just great at one just in case your situation changes unexpectedly and you have no other tools to fall back on. It’s one thing to have a pair of pliers in your toolbox and never having to use them and it’s another not having pliers in there at all and actually needing them right at that moment.
Posted by The Fist Pump Guy at 7:27 PM

Email ThisBlogThis!Share to TwitterShare to FacebookShare to Pinterest
Labels: abilities in life, adapting, one dimensional, skills, toolbox, which boxer are you