You struggle at video?

In this social media age it is important to have an online presence especially if you are primarily commission based selling! There are many professions that would benefit from social media but it’s getting to be more and more important for those with there own business or in sales to be noticed online and not merely for just picking up customers but maybe also future employers or opportunities so why are so many hesitant about getting online?

Some of the main reasons are that people are private and don’t want to mingle there personal and professional life. This thought process is the same thought process I had before I started but I finally realized that your personal and professional lives are forever mingled especially if you’re in sales so this thought process has got to go. Another reason is some people are just being stubborn about jumping on the social media bandwagon especially those that might be “old school”. The “old school” mentality can hinder your future business I’m sad to say because there are more and more companies advertising and recruiting on social media than ever before and it’s only going to get worse as well as the amount of consumers that are searching online sources and sites to get the info they need so why wouldn’t you want to be found in online searches? 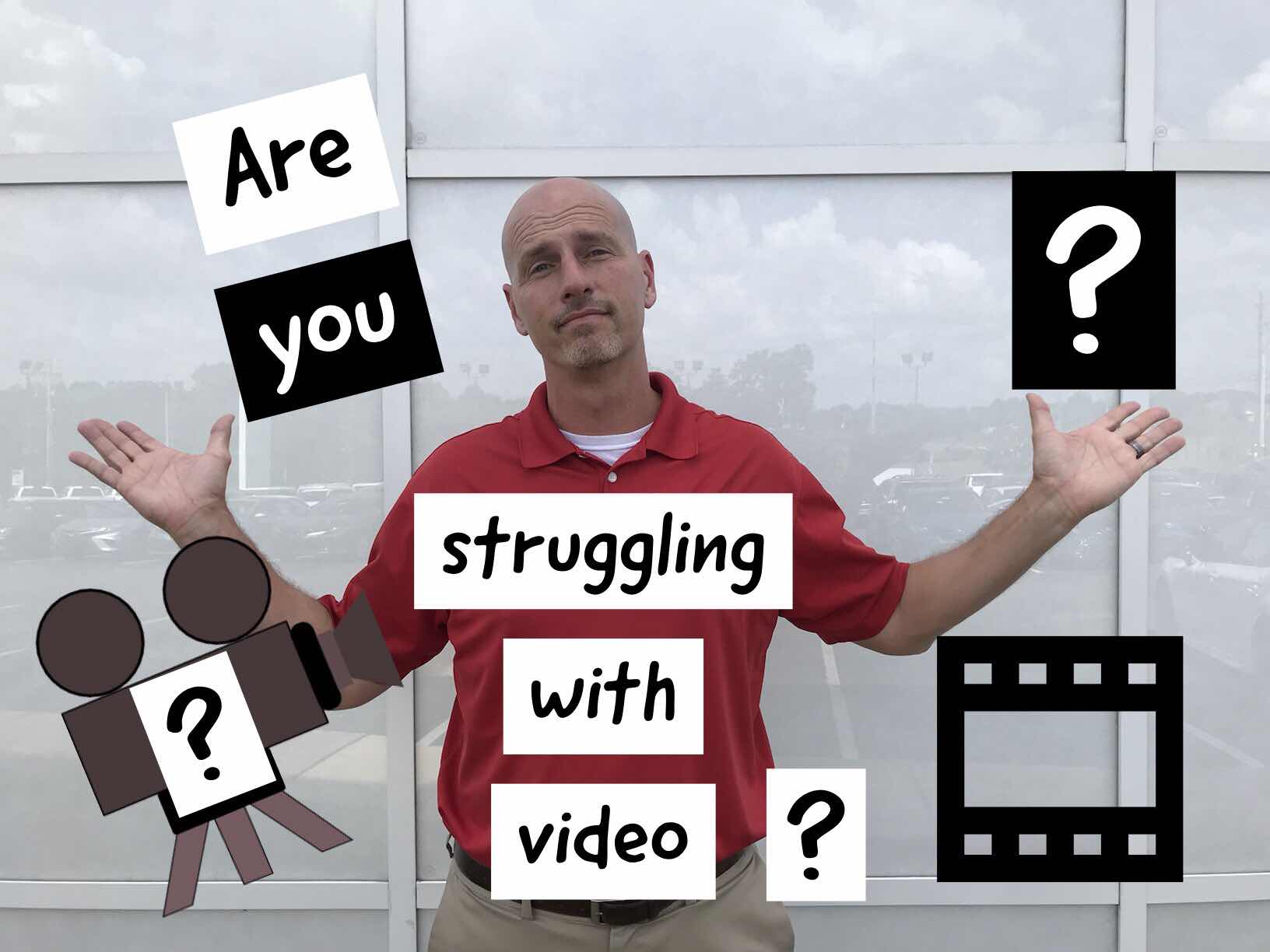 Are you struggling to want to do videos and post them on social media sites? Does it scare you to death to put yourself out there like that for everyone to see? The answer is probably yes to both of those questions.

To be honest, I was the same way! Heck, I even get a little nervous about posting videos online now after hundreds of videos posted. I get nervous about how they will do, what kind of engagement I will have and even what kind of good or bad comments they will get so I get it. I understand that you might be scared or timid about putting a video out there for anyone and everyone to see! The best thing I can do is tell you to just do the first one!

I know it’s easier to say than to do but that’s what I did to begin with! I picked up the phone, actually my 1st video was with a mini hand held recorder, and started recording. My first videos were terrible in my opinion and never thought I would ever reach 1 million views on my YouTube channel but I did! That’s not counting the hundreds of videos I’ve done on Facebook.

So the question is how did I do that or what advice would I give someone that’s wanting to do video. I came up with 3 that I think will help. 1) Be consistent and don’t give up. This is a very important one to remember because even when you finally pick up that camera to record you may not get the interaction and engagement that you want to get and you’ll want to give up. It takes time to build subscribers and followers so don’t think you will be an overnight success with video and on YouTube because it probably won’t happen. You could put out a good video that may go viral but it’s very hard to do and not many actually do it. But don’t give up and stick with it and you will be okay. Also, you will have haters and naysayers that will tell you that your videos are stupid and you’re wasting your time, I did, but you have to ignore them and keep shooting! You will have people saying negative things about you and your videos on YouTube as well but you have to keep them coming. Just remember that you will most likely have people talking about you anyways so you might as well give them something more to talk about while you’re getting your name and face out there. 2) Your videos won’t be that good in the beginning but the more you do the better they’ll get. The better they get the more comfortable you’ll be on camera. Once you start being comfortable on camera you will be more comfortable being you and making mistakes because we all do. It’s okay to be critical of your videos a little bit because you always want to improve but don’t be overly critical and just put the video out there! You don’t have a choice really once you start doing Lives so you might as well get use to it in your prerecorded ones too! 3) When finally doing videos make sure you understand that Facebook and YouTube are different animals with different types followings. You might post a video on Facebook and get 1,000 views and might also post the same video on YouTube and get 20 so it takes time to learn what does well where which I am still learning for sure. Also know that you’re likely to get many more people commenting, both good and bad, on your YouTube channel so be prepared because when you get those first few negative comments about a video you posted you will want to give up probably. Don’t let that push you away because that’s part of posting online videos and that’s you have to take the good with the bad!

As I continue to learn and grow with my video I want you to understand how tiring it can be to be consistent and not give up. It gets tough to watch some of your videos not get the views you think they deserve but that’s why you have to keep striving to come up with more and better content that people might want to watch.

Pick the camera up and press record!! That’s the only way to get started!!!

Email ThisBlogThis!Share to TwitterShare to FacebookShare to Pinterest
Labels: doing video, getting results through videos, online presence, posting videos on youtube and facebook, scared of video, video and social media