A fish hook to the mouth!

When I was quite a bit younger I liked to fish. We mainly went fishing for bream and catfish in small ponds and lakes. Though I think I did have a small Snoopy Zebco I liked to fish with the cane pole. It was much easier to use since you hardly had to worry about casting it or it tangling up like a reel did. The hooks on the cane pole were generally very small in order to hook the smaller fish such as bream and we usually caught those with live worms. Now, I have never been a professional fisherman though when I was younger I'm sure I thought I was.

One day, after we had finished for the day, we were putting all of our gear up. I was responsible for getting my pole ready for transport home. So, I thought I'd be somewhat smart and instead of gently wrapping the line around the pole I decided to swirl the pole around in a circle in order to allow the line to wrap itself around the pole. Well, the wind must have been blowing a little that day because, as I was performing this brilliant plan, the line and hook got close to my face and as it did I snatched the pole back and guess what happened! That's right!! I caught the biggest catch of the day! Me! The hook got me right in the inside of the middle of my lip and stuck in! Now, it didn't go all the way through but it hurt and it scared me a little. So off to the hospital we went where they sprayed it with some deadening spray and clipped it with some small scissors or something and it was over!


What could I have possibly learned during all this? 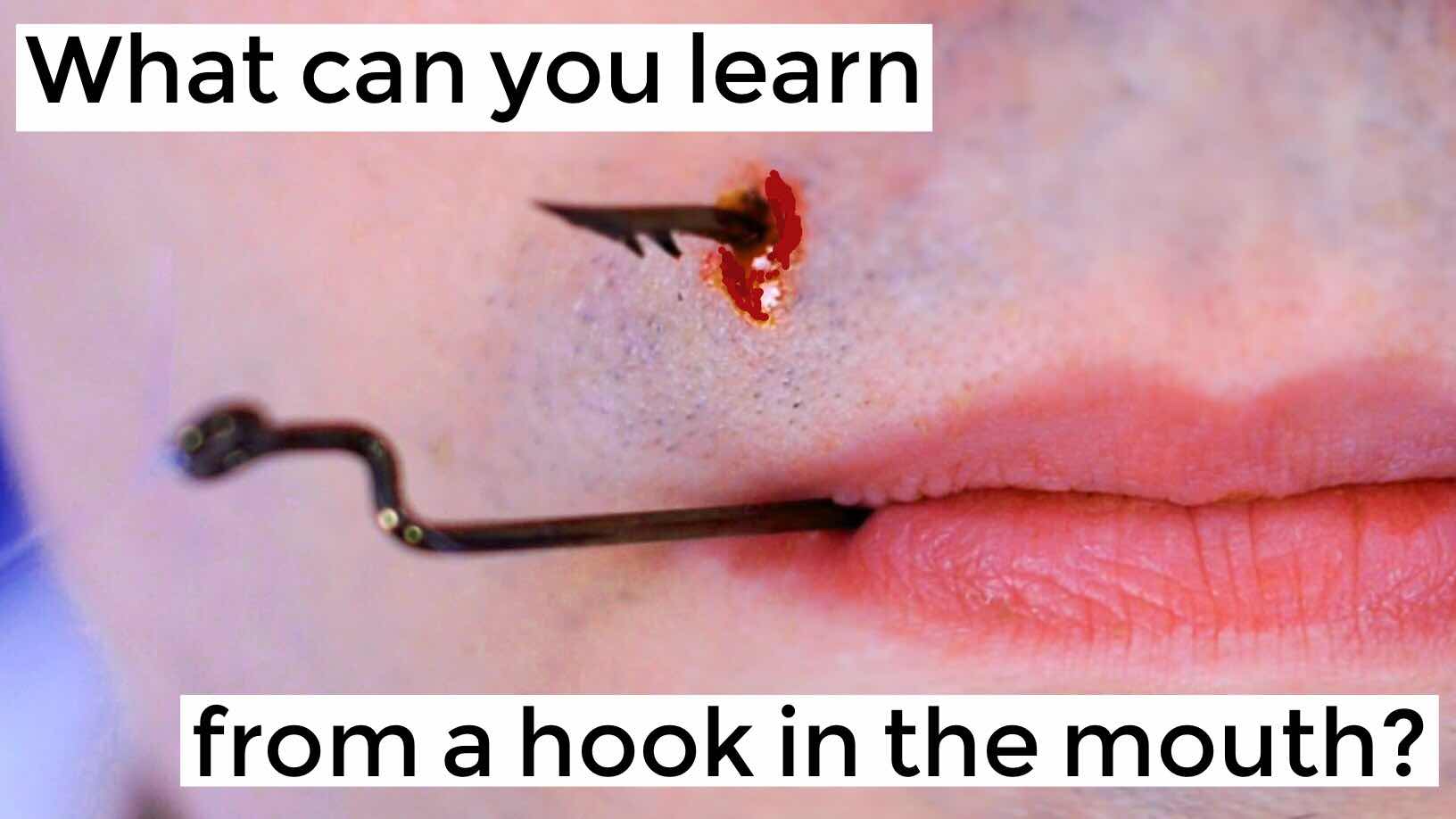 The first thing I learned after that day is to not swirl the pole around like that so that I didn’t catch another hook to the face! This is also something that you can carry with you the rest of your life too because, as I did that day, you can learn from your mistakes.... Or at least you should! Are we going to do things over and over even after we learned a tough lesson? Yes we are but you should do your best to learn from and or improve from a mistake or poor decision that you've made. I know often times we have to tell our kids over and over to not do something only to watch them do it anyways and eventually get hurt. All we can do is hope they learn from it and move on. You definitely can't dwell on a past mistake or it will keep you down so you must learn from your poor decision and move on and hope that you don't do it again.

The second thing I learned is even though I took the equipment out there to catch a fish I actually caught something totally different than I had prepared for. My point in telling you this is that often times in life we do things that we think are going to touch or attract a certain type of person or employer to what we are trying to promote or sell. We push our social media, for example, to a client base hoping that it might eventually attract us some new business. In doing so maybe we actually attract a new business opportunity or avenue that you had never thought of and it might change your life. My point is that just because you don't feel that what you are doing is working because you don't see the results from the people you are actually targeting that you can't give up. The reason you don't give up is that you may be reaching or touching someone that you don't know you're reaching. You may do something in life that may take years for you to see any rewards or compensation from so just because the results aren't immediate doesn't mean there aren't results. So, in other words, just because you came prepared to catch a fish doesn't mean that's what you are going to catch!

Learn from your mistakes! And don't underestimate the reach of what you're trying to do!
Posted by The Fist Pump Guy at 8:58 AM